Written by Adinoyi Ojo Onukaba and directed by Williams Obasi, The Killing Swamp thrilled audiences in Abuja for 2 consecutive nights at The French Institute of Nigeria, Abuja. Check out photos from the first night of performance. Photography by Timothy Aideloje of Jtimidal Photography (@Jtimdal).

Visit here, here, here and here, for more stories on the performance of The Killing Swamp 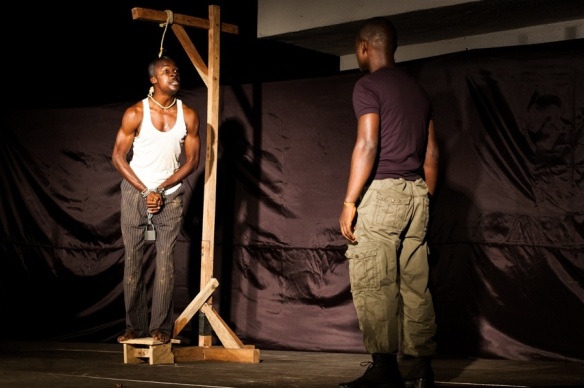 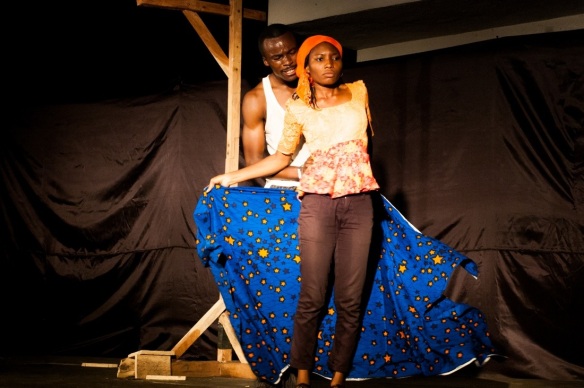 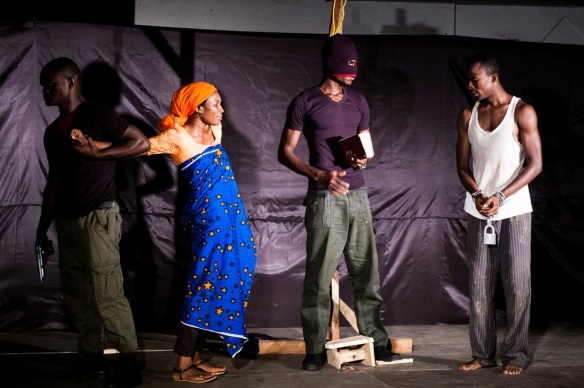 African Renaissance Theatre (A.R.T) presents a riveting stage performance of: The Killing Swamp, written by Adinoyi Ojo Onukaba and directed by Williams Obasi. Set to hit the stage in Abuja is an intriguing creative interpretation of the most unforgettable moment in the life of a Nigerian icon.

When? Friday, February 28th and Saturday, March 1st.
Where? French Institute of Nigeria, Abuja, off Aminu Kano Crescent (Beside Mr. Biggs), Wuse 2.
By? 7pm.
For? N2000 per ticket.

ABOUT THE PLAY
Set in a clearing behind a prison in Port Hacourt, Rivers State, Nigeria, The Killing Swamp is an imaginative retelling of the final hours of Kenule Saro Wiwa – a visionary activist who ardently fought against the plundering of his people’s lives by a corrupt government and oil-exploring multinational companies. Sentenced to death on November 10, 1995, alongside eight colleagues, for the killing of four pro-government chiefs, Kenule must find the will to face death with the same courage with which he has life. But, even in death, life holds one more secret for Kenule. One more controversy. One more mystery, the unravelling of which could shatter his final passing from earth. The Killing Swamp was shortlisted for the 2010 LNG prize for literature.

ABOUT A.R.T
African Renaissance Theatre & Entertainment (A.R.T) is a new age performance arts movement coming to the world from Nigeria, West Africa. Born out of deep love, respect and undying passion for creative excellence, this eclectic-electric arts movement is laid upon the foundation of a simple idea: that this generation of young Africans can come together with diversity of talents, knowledge and skill to create things profound; things as socally productive as they are artistically divine.